This should be my final assignment in this class as the semester wraps up! That is, if I did not make any mistakes in completing my assignments.

Per my last "Famous Last Words" post, I will be taking the mythology version of this class next semester, so I am looking at this as not only an end to a semester, but also a to a new beginning!
Also mentioned previously, I really enjoy the structure of this class. I feel like I am able to incorporate writing as more of a hobby than an assignment, Of course there are grades involved, restrictions, etc, but I look at those as more of a guide than a "requirement." I also like being able to be part of a class that allows me to view other students' writing and creativity. Not only does allow me to be really engaged with my fellow students, but I am also able to learn from their writing and research techniques, which ultimately helps guide my own :-)

By getting input on my writing from both students and a professor, I feel like I am (and was able to) expand my writing a lot more than a class in which I am essentially forced to write a story every week, or every so often. I feel as though those types of class set ups and not as unique and efficient as this class is; when I do write for those classes, I feel like I am not submitting assignments for my own improvement, but submitting them just for a grade.

So, in the end, I would like to appreciate once again the methods used in setting up this class and I feel as though they were extremely effective. I am glad to be given another opportunity to explore and be a part of another version of this class with the same set-up, so that I can continue improving my writing. 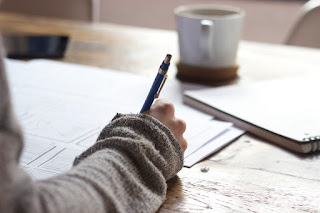 Improving my writing (and blogging) throughout the semester
at April 19, 2020 1 comment:

Well, since I am nearing the end of this class, I thought I would do a little note about outside of this class. I am, however, taking a the mythology version of this class next semester and I am looking forward to that!

There are about two and a half weeks left of my Spring Junior year semester, meaning I am officially (and not just by credit hours) going to be a Senior in college! It is really exciting but also scary, as I am definitely planning on doing some type of graduate school after my undergrad. I am currently studying for the MCAT, so, as of right now, I hope to do medical school after my last year at OU as an undergrad. If not, I hope to stay at OU and pursue a master's in a biomedical, or microbiology field! From that, I would either seek a career or attempt medical school again, if I really feel it being the right thing.

I am not entirely sure, which is what is so scary to me. I am constantly feeling unprepared for the MCAT (it is a tough exam, as is the material, so I tell myself it is very normal). Unfortunately, we are all currently under quarantine due to the coronavirus, so my exam might also be pushed back. I do not know what that could mean for my future application processes, but I am looking at the bright side and thinking of this opportunity (if it does get cancelled) as more studying time :-)

As this class draws near, I would like to appreciate the set-up of this class, as not being extremely demanding, but still requiring effort and participation to learn about something I never thought I would want to! With the flexibility of this course, I am able to focus on my major requirements, while still fulfilling a more relaxed, and enjoyable course in Indian epics. 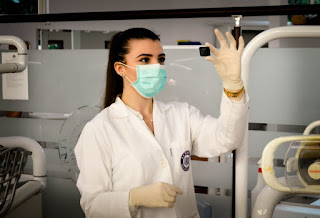 Hopefully I plan on attending a medical-based graduate route!

Although I had already added a profile picture (it was actually my first ever college assignment when I was a freshman) I found this tip extremely useful. Throughout the years of having to do discussion posts on Canvas, or even emailing my professors (those who ONLY use Canvas to send emails) they are able to see my face and name. This seems obvious, but once again, after doing discussion posts for so long, and being in classes that I had peers with the same name (two Emilys, two Brads, etc) having a profile picture and a profile set up is super helpful, and if you have not done so already, you should!
at April 19, 2020 No comments:

I enjoyed the talk and the references to links between human intelligence and creativity. I feel as though a lot of people connect human intelligence specifically to concrete and tangible ideas and inventions, while focusing less on the creative aspects of the human mind. I also appreciate the video focusing on younger minds, as I feel as though (and as research shows) younger minds are very plastic or easily change and influenced. By using younger minds, we can better appreciate the beginnings of a human mind's creativity, and how that can potentially influence over a period of time.

Thunder rumbled over Green Village County Prison on one Wednesday afternoon. It was a calm day for most, except for the prisoners of course. It was rock mining day, and it was Jerome's least favorite. He envied his buddies who had managed to escape unnoticed last week. He was part of the plan to escape, but he got too scared to go through with it. It was his biggest regret, right next to stealing from the neighborhood baker's cupcake store.

He had an immense love for cupcakes. The sight of them, the aroma of them, even the sound of the -- well, we're not too sure what he loved about the sound but he SWORE they had a certain sound to them.

Anyways, it was the day that he had to pay rent for the payments he was behind on. He was a carpet cleaner, so he did not earn much, but he made sure to cut some of his earnings for a daily cupcake at the neighborhood bakery. One day he had not saved enough, and pleaded for a free cupcake, as he was a routine customer. The bakery did not budge. This angered him, and when the bakers had their backs turned, he stole a whole tray. Let's just say Jerome is not quite the athlete, so he was caught easily and quickly thrown in prison.

So, there, you know all about Jerome and his cupcake fantasies.

While dreaming about what flavor he might choose, he heard a thumping, shoveling, and rumbling. Suddenly, a large crack appeared in his cell, and a hole with three of his best buddies emerged. They were going to help him escape, but under one and only one condition: he had to stay quiet. The last thing his buddies wanted were to be caught themselves trying to save an old friend of their's. He agreed, and so they proceeded to escape.

Or so they thought.

Suddenly, the lunch lady appeared outside of the cell announcing it was cupcake day. Jerome yelped with glee, and expressed how much he was waiting for this day. The lunch lady noticed the hole in the cell and reprimanded Jerome, lengthening his sentence and cancelling cupcake day for the rest of his confinement.

The buddies had managed to escape. If Jerome was not going to listen to their only condition, he was going to be cupcake-less for the rest of his life.

This story is based on The Turtle Who Could Not Stop Talking, a Jataka tale. It was a story of how two geese wanted to show him their home very far away. Knowing the turtle could not fly, they offered to carry him by having him hold on to a stick with his mouth that they carried. They asked him to promise to never talk, and he said he would abide by that promise.

When flying over some children, they made fun of the situation of the turtle being carried by the geese; the turtle was upset by that, and he retaliated by speaking back to him, which meant he lost his grip on the stick and he fell.

I found that the basis of this story showed the reliance on trust, and how abiding in an agreement based on trust was between life or death in certain situations, such as the turtle's. I wanted to do a more humorous passage based on that Jataka tale, instead of the original, somewhat gruesome tale that caused a turtle to fall to his death. 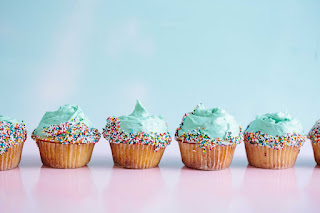 It was cupcake day!

Two geese told a turtle that they wanted to show him their home very far away. Knowing the turtle could not fly, they offered to carry him by having him hold on to a stick with his mouth that they carried. They asked him to promise to never talk, and he said he would abide by that promise.

When flying over some children, they made fun of the situation of the turtle being carried by the geese; the turtle was upset by that, and he retaliated by speaking back to him, which meant he lost his grip on the stick and he fell.

The turtle and the geese

The Ox Who Won the Forfeit

A man had an ox that normally was very strong. One day, while proving to others how strong he was, scolded and whipped him trying to be strong, but the ox did not budge. This was because he yelled at him. When he did not yell at him, he moved.

The Ox Was Whipped

This should be my final assignment in this class as the semester wraps up! That is, if I did not make any mistakes in completing my assignme...